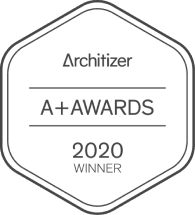 Works on the project “The Living Factory – revitalisation…” based on discussions and consultation workshops with project stakeholders: entrepreneurs, NGOs, residents and institutions operating in the close vicinity of Defum.

President of Dąbrowa Górnicza signed a notarial deed for the purchase of the former Defum areas for 10% of its value (approx. PLN 800,000).

Start of promotional activities in the area  of the Factory – nearly 300 events organised by municipal institutions, associations and residents of Dąbrowa Górnicza (including concerts, workshops, exhibitions, games and urban quests).

Announcement of the results of the competition. With nearly PLN 4 million, Dąbrowa Górnicza was among the 20 cities obtaining funds for the implementation of its projects; the funds can be used for developing documentation, contracting research and organising consultations.

Demolition of buildings of no architectural or historical value, protection of historic buildings, construction of lighting installations and tidying up of the entire factory area.

The agreement was signed with the Ministry of Development for the implementation of the project “The Living Factory- revitalisation of Dąbrowa Górnicza city centre”.

The area was opened and made available to all Dąbrowa Górnicza residents – there opens a new chapter in the history of the “Defum” Dąbrowska Machine Tool Factory titled “the Living Factory”.

Starting the implementation of consultation packages with residents, aimed for the preparation of guidelines for works on the functional and spatial concept for the factory.

Starting the research on an in-depth diagnosis of the Priority Revitalisation Area of the Centre (POR Centre).

As a result of the diagnosis and first conclusions from the consultations, the project “The Living Factory – revitalisation…” is to be extended by areas and transformation processes related to the whole downtown.

Continuation of consultation and participation packages, which are intended for the preparation of guidelines for works on the functional and spatial concept of the downtown, with particular attention to be paid to the factory.

A community garden and the first catering and cultural container appeared in the factory.

An alternative face of Dąbrowa Górnicza’s Days – on the stage of the Living Factory perform, among others: Łąki Łan, Smolik and Kev Fox, Jazzanova, Jimmy Tenor and Sofa Surfers.

Social organisations were granted the first tranche of micro-grants.

Industriada in FPŻ – the factory as a fellow facility was on the trail of technical monuments.

Developing a project for a multimedia exhibition centre and meeting spot in the building of the former electrical workshop.

Starting works on the project of a transfer node, based on the existing railway station and construction of a new transportation layout for the POR Centre.

Developing the so-called social functional and spatial concept for the POR Centre, with particular attention paid to the area of the Living Factory.

Summary of the social concept. Thesis: The Living Factory project must be a self-financed project. Therefore, a concept should be created which shows the possibilities of introducing additional spaces which can be presented to prospect interested parties in the process of putting this space for business use.

The key expert for urban and architectural supervision was assigned to develop an original functional and spatial concept, taking into account the assumptions of the social concept and the commercial nature of the project.

Based on the author’s own functional and spatial concept, guidelines for the POR Centre, the functional programme was created, with particular attention paid to the Living Factory area.

A tender was announced for the construction of a multimedia exhibition centre and meeting spot in the building of the former electrical workshop.

Conference was held in order to present the concept assumptions and designing guidelines to residents and main stakeholders.

The competition was announced for the development of a full urban and architectural concept for the area of the Living Factory.

The competition was announced for the development of an urban and architectural concept of a priority area for the revitalisation of the city centre in Dąbrowa Górnicza with particular attention paid to the area of the Living Factory.

Deadline for submitting applications for the participation in the competition for the  development of  an urban and architectural concept.

Deadline for submission of competition projects.

Opening of former DEFUM electrical workshop which has been transformed into multimedia exhibit centre, place for meetings and concerts. The residents of Zagłębie could visit it on the weekend, on 25-27 October, when a series of meetings and concerts were prepared for this occasion.

Resolution of the Municipal Council in Dąbrowa Górnicza on the establishment of Fabryka Pełna Życia Sp. z o.o.

Appointment of the Supervisory Board and the Board of Directors of Fabryka Pełna Życia company.

Fabryka Pełna Życia company was entered into the Register of Entrepreneurs of the National Court Register kept by the District Court of Katowice-Wschód in Katowice, 8th Commercial Division, under the KRS number: 0000824616.

At the beginning of 2018, the so called social concept developed by Pronobis Studio was analysed. The thesis was raised that the Living Factory must be a financially self-sufficient project, combining attractive open public spaces with commercial functions, while maintaining control by Dąbrowa Górnicza Municipality.

As a result, the so-called “author’s concept” was developed by architect, Tomasz Hliniak, which has shown that the previously planned area should be extended, by constructing new buildings next to the former factory halls, the functions of individual buildings should be “mixed”, and the identity of the place with Zagłębie and Dąbrowa Górnicza should be clearly defined.

Both above described concepts became the basis for the functional programme of the new Dąbrowa Górnicza city centre and constituted guidelines for the design priorities of the international architectural competition announced jointly with SARP Katowice Branch.